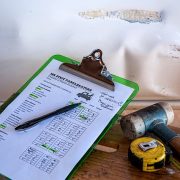 In the wake of Hurricane Irma, many South Floridians are feeling frustrated by the slow progress on their hurricane damage insurance claims and repairs due to a shortage of insurance adjusters and construction workers.

After Hurricane Harvey, many independent adjusters headed to Texas, leaving Florida companies strapped for workers when Hurricane Irma hit shortly thereafter. Governor Rick Scott declared a state of emergency for Florida on Sept. 4, which temporarily lifted the regulations for normal credentialing and allowed catastrophe adjusters to hurriedly train more public adjusters in preparation for the storm.

As of Nov. 3, over 809,000 claims had been filed, and nearly half of those claims were still open. After initial damage assessments, because of the large amount of hurricane damage claims post-Irma, many Floridians have had to wait weeks for settlements and repairs. Many have expressed impatience with their insurance companies, whose adjusters do not always show when scheduled, so policyholders have often found themselves turning to public adjusters for help.

Unfortunately, lack of communication between insurance companies and multiple, often undertrained and backlogged third-party adjusters coupled with the sheer volume of claims have caused delays and frustration for many policyholders.

Exacerbating this issue is a lack of construction workers needed to complete hurricane damage repairs. Before the storm, many companies complained that there was a shortage of labor, and now after the storm, the problem is worse. Because of this shortage, roofing companies cannot keep up with the demand for roofing projects post-Irma. While some Floridians qualify for a new roof provided by their insurance companies, they may have to wait until 2018 for construction to start because, like public adjusters, roofing companies are backlogged.

Title Partners of Florida, Inc. is a locally owned and operated full-service title, settlement and escrow company made up of attorneys, paralegals, and significant support staff providing a broad range of title services with utmost efficiency and professionalism at reasonable rates. Contact us Today!