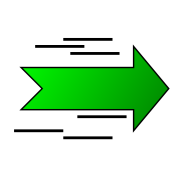 Developers and lenders in the seniors housing sector have for years only allowed new construction to proceed at a modest pace. The development community’s aim was to avoid the mistakes made in past booms, when too many inexperienced operators built too much new product. However, developers have recently picked up the pace a bit as an aging population has steadily boosted demand.

And according to a new report from the National Investment Center for Seniors Housing & Care, the seniors housing annual inventory growth rate in the first quarter of 2017 was 3.4%, up 0.2 percentage point from the prior quarter and the fastest pace since at least 2006.

“It was another active quarter for inventory growth, with nearly 4,800 units added to the seniors housing stock” in 31 primary markets, says Beth Burnham Mace, chief economist for Annapolis, MD-based NIC. “At the same time, demand slowed during the quarter, as is typically the case in the first quarter due to the seasonal effects of the winter months. Some of the slowdown in net absorption may also reflect the severity of the 2016/2017 flu season.”