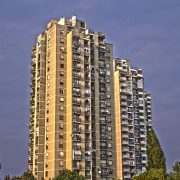 Lawmakers cracking down on unethical practices by condo associations

State lawmakers have always looked to curb unethical behavior, and the trend is to continue. Recent grand jury cases have seemed to be about condo associations and the giving of more rights to owners concerning the association’s financial records.

A bill passed through both houses of the State legislation and had broad bipartisan support.

Now, the new proposed law will move to Governor Rick Scott for approval. The new law would criminalize the act of giving kickbacks to condo board members, withholding or destroying financial records, fraud or theft of association funds.

On the flip side, some in the industry were alarmed by the new proposed legislation. Some believe that this will keep honest individuals from serving out of fear of being criminalized for errors or mistakes and that the bill seems to assume that all who serve have devious intentions.

Others joined in that sentiment feeling that the grand jury overreacted from the acts of a small few who were involved in actual criminal acts while serving on a condo association board.

All parties involved in this discussion do believe that ethical behavior should be of the highest concern for all who serve and an expectation of all condo owners have towards those on the board.

The disagreement lies in the actual need for a formal law to be on the record for Florida.

If Gov. Scott passes the bill, it will go into effect on July 1st.