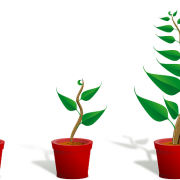 Recent data shows that the South Florida housing market is more competitive than the national average. The data was compiled by ATTOM Data Solutions in Irvine, CA, and includes public deeds and mortgages filed in the third quarter of 2017 for 1,700 different US counties, including Miami-Dade, Broward, and Palm Beach counties.

The trends for median deposits in South Florida mimicked the averages. Nationally, the third quarter median was $20,000, the highest since 2000, but South Florida homebuyers put down a median of $27,600 during this time. South Floridians also put down 2 percent more of the median price than did the rest of the nation as a whole.

Deposits, on average, went down slightly in South Florida in the third quarter of 2017, and some speculate that this was due to increased inventory from the completion of condos towards the middle of the year. This decrease went against the national trend for the third quarter; however, overall, deposits were still high.

The high deposits present a challenge to first-time home buyers, many of whom are new to the job market and weighed down by student loans. Qualifying for a loan can be difficult as the financing market has also become competitive.

From the simplest to the most complex residential or commercial real estate settlement transaction, let Title Partners of Florida, Inc. show you why customers continually turn to us for the reliability, responsiveness, and confidence they need – and deserve. Contact Us Today!