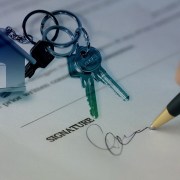 A recent report released by Zillow revealed that the number of households headed by a Latinx member that own their homes is at its highest since 2008. Latinx refers to individuals who identify with Latino, Hispanic, or Spanish origin. There are roughly 60 million people in the US who identify as Latinx, comprising 18% of the US population. However, they account for over 60% of new U.S. homeowner gains according to the Housing Survey conducted by the U.S. Census Bureau in 2019.

As a consequence of 2008’s Great Recession, Latinx headed households constituted 19.4% of all homes foreclosed between 2007 and 2015. This makes the recent gains in ownership even more meaningful when put into perspective that only 3 years ago the Latinx homeownership rate was at 44.1%, its lowest since 1998.  The current Latinx homeowner rate is at 48.9%, the highest it has been since 2008.

“While Latin households have made recent gains in ownership, longstanding inequities in intergenerational wealth and other systemic barriers continue to impede Latin Americans from reaching parity with the U.S. population as a whole.”

Manny explains how despite the increase in Latinx homeownership gains is substantial, there are still many roadblocks for the community.

Garcia continues by saying: “Latin home buyers are more likely to face challenges during the process, with financing the purchase often reported as a primary concern.”

Manny Garcia’s reasoning is backed by the fact that even though recent gains have benefited the community, the Latinx homeownership rate is still 10% behind the rate for Asian, Native, Hawaiian, and Pacific Islander households. And nearly 25% behind non-Latin white households. The difference in household wealth is a big factor as the average Latinx headed household has an income of only 75% of the average non-Latin white household. Therefore, Latinx houses comprise a greater percentage of their wealth.

Manny Garcia also stated that “even within the Latin community, wealth inequality could help explain the varying homeownership rates of people of different origins.”