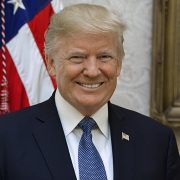 Leandra English, the deputy director of the Consumer Financial Protection Bureau, has filed a complaint against President Donald Trump for appointing Mick Mulvaney as the acting director of the Bureau. English claims that the appointment of Mulvaney violates the 2010 Dodd-Frank Act, which bars current White House staffers from being assigned to the independent agency.

According to a report from The Hill, English was next in line for the position, having been nominated by former CFPB Director Richard Cordray. Just before resigning from his position, Cordray promoted English from Chief of Staff to Deputy Director. Trump also nominated Mulvaney shortly after Cordray’s resignation.

The White House has defended Trump’s actions, citing that his power under the Vacancies Act of 1998 overrules the line of succession outlined in the Dodd-Frank Act. Reuters has reported that General Counsel Mary McLeod, the head lawyer of the CFPB hired under Cordray, has sided with the White House and plans to challenge the suit.

The official complaint states, “An earlier version of the Dodd-Frank Act, which would have specifically allowed the President to use the Vacancies Act to temporarily fill the office, was eliminated and replaced with the current language designating the Deputy Director as the Acting Director. And the President’s attempt to appoint a still-serving White House staffer to displace the acting head of an independent agency is contrary to the overall statutory design and independence of the Bureau.”

English would largely be expected to carry on the precedents set by Cordray, such as extensive regulations on lending and punishment for financial fraud. Mulvaney, on the other hand, has backed legislation to eliminate the Bureau entirely, and progressives worry that he would work to dismantle the Bureau if appointed.