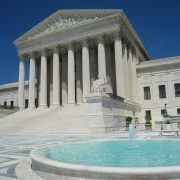 The U.S. consumer watchdog’s structure has been deemed unconstitutional by the U.S. Appeals Court. The court pointed out that too much power was put into the hands of one agency director.

The Consumer Financial Protection Bureau, or CFPB, has been under fire since its creation following the financial crisis of 2008-2009. The Court went on to say that it is unconstitutional to limit the power of The President of the United States by not allowing him to remove an agency director.

The law creating this independent agency stated that the director’s removal could only be for cause and not over political differences. This conflicted the constitution, which says the president can remove a person for any reason.

The federal government disagreed with the court decision saying it was constitutional.

Richard Cordray, a Democrat, has been on top of the agency since it began in 2011. His term does not end until 2018, so his reign likely will not be affected unless Donald Trump were to become president.

The case, which brought about this decision, involved allegations that a mortgage lender in New Jersey was receiving illegal kickbacks from mortgage insurance company referrals. The CFPB ordered the company to pay back the ill-gotten funds, and the company challenged the bureau’s structure and believed their actions to be legal.

“The Bureau respectfully disagrees with the court’s decision,” CFPB spokeswoman Moira Vahey communicated in her statement. “The Bureau believes that Congress’ decision to make the director removable only for cause is consistent with Supreme Court precedent, and the Bureau is considering options for seeking further review of the court’s decision.”