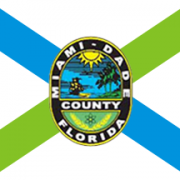 A new report by the National Multifamily Housing Council and the National Apartment Association has ranked Miami third on its list of cities with the highest estimated demand over the next decade for new apartment buildings with 5 or more units. The same report shows that Miami is the fourth most difficult metro area in which to build new apartments, behind Honolulu, Boston, and Baltimore (first to third, respectively).

While New York City and Dallas have a significantly higher estimate for demand of new apartment buildings in comparison to Miami, both cities rank much lower on the list of cities in which it is most difficult to build. New York is number 10 on that list, while Dallas doesn’t even break the top 10. The study looked at zoning regulations and land costs when ranking how difficult it is to build in each metro area.

All over the country, home ownership rates are down, and while large apartment buildings are high in demand, there is also demand for more single-family homes and apartment buildings. Both metropolitan areas and smaller cities are seeing a shortage of existing properties, which means competition for leases has become more intense.

As rental demands increase, renters are finding themselves spending a higher percent of their wages on rent. In Miami, more than half of renters spend over one-third of their income on housing. This is not unordinary, as seven of the ten cities in which it is most difficult to build currently see renters spending at least 35 percent of their income on rent.

Fed Rates Are Up – Where Do Consumers Feel It Most?
Scroll to top
Translate »