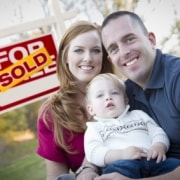 According to the Miami Association of Realtors and the Multiple Listing Service, the total of single-family home sales and transactions in April 2019 increased in comparison with the previous year.

Chairman of the Board Jose Maria Serrano said that the low mortgage rates and new tax laws continued powering the Miami real estate in April;  “the new Tax Cuts and Jobs Act reduced certain deductions that homeowners in high-tax states could claim, which is encouraging more residents of states like New York to move to states with no state income tax like Florida.”

Total volume in sales increased from $1.19 billion in April 2018, to $1.23 billion in April 2019; the single-family home dollar volume increased 6 percent from $633.3 million to $671 million while the condo dollar volume fell 1.3 percent from $565.4 million to $557.8 million.  So far, the single-family home and condo prices have increased for seven consecutive years.

Freddie Mac reported an average 4.14 percent commitment rate for a 30-year, conventional, fixed-rate mortgage in April 2019, a decreased from 4.27 percent in March, and certainly decreased from the previous year, which averaged at 4.54 percent.

The sales of distressed properties had slightly decreased; only 6.1 percent of all residential sales in Miami on April 2019 were distressed, this accounted for 1.3 percent short sales, and 4.8 percent REO (bank-owned properties). Short sales decreased 20.9 percent while REOs increased 7.7 percent.

Inaccessibility to mortgage loans is still inhibiting the growth of the condominium market;  according to the Florida Department of Business and Professional Regulation and FHA, only 12 of 9,307 condominium buildings in Miami-Dade and Broward counties are approved for Federal Housing Administration loans.

Average Days From Listing to Contract and Listing Original Price

For condos, the median since it was listed until contract was 74 days , a 63 percent decrease from 79 days last year; the median between listing date and closing date decreased 4.2 percent to 115 days.

According to Florida Realtors, the state of Florida’s total closed sales in April 2019 was 26,992, a 6.2 percent increase from April 2018.  The state median sales price for both single-family and condo-townhouse properties increased to $259,479 (2.6 percent), from 2018, according to data from the Florida Realtors in partnership with the local Realtor boards and associations.

Miami cash buyers represent 34.8 percent of the total sales closed in  April 2019, compared to 38.9 percent from last year; representing almost 20 percent of the national figure.  This reflects the Miami market’s ability to attract international home buyers, who are inclined to purchase real estate properties in cash.

As far as what the next months will bring, it is not our place to predict it, one point to consider is that Florida ranks as the top state for foreign buyers, with a higher concentration is South Florida. In addition, Florida real estate organizations are always working hard to facilitate the process between sellers and buyers. Contact us with any questions about our real estate closing services by phone (844) 321-6168 or by email  titleinfo@titlepartnersfl.com.

Mansion Sales Increase in Florida Due to Weather and Taxes