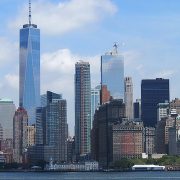 The population of octogenarians in the U.S. is set to double in the next decade, which also means the population of people with Alzheimer’s and dementia will sharply rise. However, in Manhattan, there have been no new assisted living facilities built in over 10 years, so Manhattan is not currently equipped to handle in impending influx of seniors.

While assisted living is more commonly confined to suburbs, where land is cheaper, there are indications that the aging population in New York City is willing to pay a premium to remain in their neighborhoods. Developers are taking this opportunity to offer luxury assisted living. For example, Maplewood is currently building a facility on the Upper East Side and has plans to expand its boutique senior properties to other cities in the U.S. and abroad.

The Maplewood-Omega tower will feature limestone exteriors and marble bathrooms, which will seem familiar to local, wealthy residents. Amenities will also include a spa, a movie theatre, a lush “sky park” on the 16th floor, along with housekeeping and Broadway ticket reservations.

The 23-story building is estimated to cost $270 million to build and will charge monthly rents starting at $12,000. Another building by Welltower, Inc. and Hines will charge rents upwards of $20,000 per month.

Luxury isn’t the only thing residents will be paying for. The buildings are being constructed to serve those living with Alzheimer’s, dementia, and other impairments. In addition to memory care and assisted living, the buildings are being constructed with the needs of this population in mind. For example, a building might feature lighting in the hallways that adjusts throughout the day to promote being awake and then winding down for bedtime.

Fed Rates Are Up – Where Do Consumers Feel It Most?