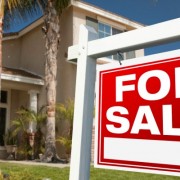 U.S. home sales are hitting new highs by breaking through to a 10-year record. It appears buyers are not concerned with higher prices or the slight uptick in mortgage rates. This would seem to be a healthy sign that home buyers have confidence in the direction of the economy.

The National Association of Realtors released a report in January showing that sales of existing homes have bumped up over 3 percent to a seasonally adjusted annual rate of almost 5.7 million units. The country has not seen numbers this high since back in Februarys of 2007.

At the end of 2016 researchers had updated the numbers to over 5.5 million units from what was reported prior as 5.49 million units. National economists had previously forecasted sales to increase slightly at a 1.1 percent pace rising to 5.54 million. The National Association of Realtors also went and updated all of their numbers going back to 2014. These changes were only minor in nature and had no impact on housing market characterization.

The trends seem to be continued as sales at the beginning of 2016 were up 3.8 percent. Demand in the housing market appears to be related to the strength on the labor front, which is increasing job opportunities for the younger generation and growing their desire for home ownership.

On the other side of the data is the shortage of available properties for sale, which is naturally leading to an increase in listing prices. This point is an apparent roadblock to a robust housing marketplace. At the same time, the 30-year fixed mortgage rate has seemed to level out after rising quickly over the past months; it still is over 4 percent, however. In a clear contrast to this, annual wages have grown below 3 percent.

They Are Not The Same Thing. Know The Difference