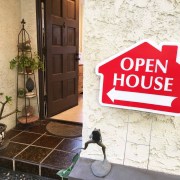 According to Craig Studnicky, principal of Miami-based brokerage ISG World, the condo market has been pretty stable for the past two to three years.  Even with many people relocating to south Florida, condo prices per square foot have remained the same.

Though the average sales price rose, according to Studnicky, that was mostly due to the fact buyers were buying larger units than seasons before.

However, Studnicky says the trends are looking to a stronger market for sellers by the end of 2021.

Of the 19,465 Condos that were either recently built or under construction in eastern Miami-Dade and Broward county, only 881 units (4.5%) remain unsold in the market, according to ISG World. Compared to December 2020 (1,324 units unsold), the first half of the year has already depleted the available inventory by one third.

According to Studnicky, based on market trends, local condo inventory will continue to dwindle.

Still Under Construction Almost Sold Out

New condos are mostly getting bought up before construction is even complete.

The Elysee in Edgewater, the Estates at Acqualina, the Monaco Yacht Club & Residences in Miami Beach and many other condo buildings under construction are over 90% pre-sold.

Interestingly enough, the recent uptick in condo sales was not international buyers, but rather mostly led by domestic buyers.  This was likely caused by Covid-19 travel restrictions and the strength of the US Dollar, which reduced the amount of Latin American buyers compared to past years.

The collapse of the Champlain South Tower in Surfside was a tragic event for all the families and friends of the victims as well as our community as a whole. This has led buyers to steer away from purchasing condos in older buildings.   Though inventory was already low, of the 12,382 units available in the tri-county area during the second quarter, almost half of them were built on or before 1990.  Currently local governments are forcing building owners to do the maintenance and restoration work.  Nonetheless, buyers are leaning towards newer units.  Which means only half the available inventory is being considered by a majority of buyers.

Miami Real Estate Market is On Fire, But Will it Burn Out?!?
Scroll to top
Translate »