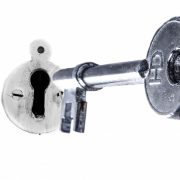 The Federal Housing Administration-insured (FHA) two weeks ago stated that they were in the process of cutting mortgage insurance premiums on FHA loans. This insurance is added onto loans to help offset the cost of loan defaults.

The projected cut was scheduled to go into effect on April 27th but is has been put on hold for the foreseeable future. Not too long after President Trump’s inauguration, HUD distributed Mortgagee Letter 2017-1 suspending the new rule.

When FHA had first released the cut, many in the real estate business championed the sentiment. They felt that the cost measure would help more potential buyers meet the debt to income ratio needed to purchase a property.

An ATTOM Data Solutions analysis discovered that the average borrower would have saved around $446 every year if the rate cut would have gone through as planned.

There is, however, a chance that Trump’s administration will revisit this matter soon or they may just allow it to sunset. The head of the Department of Housing and Urban Development (HUD), Dr. Ben Carson, has agreed to put effort into reviewing the matter but has not come to any conclusions as of yet.

This is not the first time the FHA has raised or lowered costs. After the Great Recession, they increased the monthly premiums all the way up to 90 basis points. Then again in 2013 the FHA increased them again over credit risk concerns and to strengthen their Mutual Mortgage Insurance Fund (MMIF).