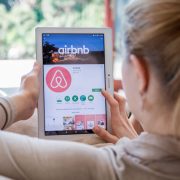 Airbnb, which has already been feeling the squeeze in cities like New York, San Francisco and Seattle, are now facing further crackdowns in two additional major tourist destinations: Las Vegas and Hawaii.

Las Vegas property owners interested in renting out their properties for brief periods will have to comply with new rules passed Wednesday meant to crack down on a booming short-term rental industry that has raised concerns among some residents and local officials. Owners now need a special use permit, proof of liability insurance for US$500,000 and letter-sized placards outside the properties with contact information and maximum allowed occupancy.

The new requirements were approved as complaints over raucous parties at short-term rentals have mounted over the years and following more than three hours of debate among city officials and comments from dozens of residents.

City officials were split on the ordinance. While some council members strongly favor the regulations, others, including the mayor, questioned whether they will truly put an end to the use of rentals as “party houses” since enforcement of the existing regulations has not been efficient.

Figures released in February by the San Francisco-based home-sharing service Airbnb show people in Las Vegas who listed their homes through the company hosted more than a quarter of a million people last year and earned $35.5 million.

Short-term rentals were already required to pass a safety and minimum property standard inspection, obtain a business license and pay an annual $500 permit fee. Short-term rentals may not be within 660 feet of each other as measured from their property lines.

The new special-use permit carries a fee of $1,030. It also requires units with more than 5 bedrooms to have one additional parking spot for every two additional bedrooms.

Airbnb spokeswoman Jasmine Mora in a statement said the council’s decision “is a step in the wrong direction that threatens an important economic lifeline for thousands of Las Vegas families.”

Meanwhile, officials on the Hawaii island of Oahu are looking for ways to cut down on subleasing as its popularity rises with the advent of businesses such as Airbnb.

The Honolulu Star-Advertiser reports that renters have been cashing in on the profitability of the island’s vacation rental market through online rental sites. But Honolulu officials are working on a way to curb the trend by strengthening the city’s subleasing enforcement strategy.

Hawaii real estate analyst Stephany Sofos says she once had a tenant who was renting from her for $1,500 per month, but was subleasing for $1,000 per week through Craigslist and Airbnb.

Elizabeth Churchill, owner of tourism consultancy Churchill Group LLC, called the practice “brilliant” for tenants, but says those who are making money should follow regulations and pay their share.

Airbnb has run into regulatory battles in some cities, including New York and San Francisco. In some cities, local officials have complained that the boom in short-term rentals, led by Airbnb – which boasts millions of rental listings around the world – is reducing long-term housing for residents.

In May, Seattle officials and Airbnb reached a deal in a lawsuit stemming from the city’s efforts to prevent the website from including housing units that violate city restrictions on who can list properties and for how long. Under the settlement, residents have to provide their registration number to list a rental on the website.

With file from The Associated Press via Travel Week

The battle continues: Las Vegas & Hawaii crack down on Airbnb

Miami-Dade Near Top Nationally in Struggle With Housing Affordability

Next Real Estate Frontier: Neighborhoods on Edge of Miami
Scroll to top
Translate »